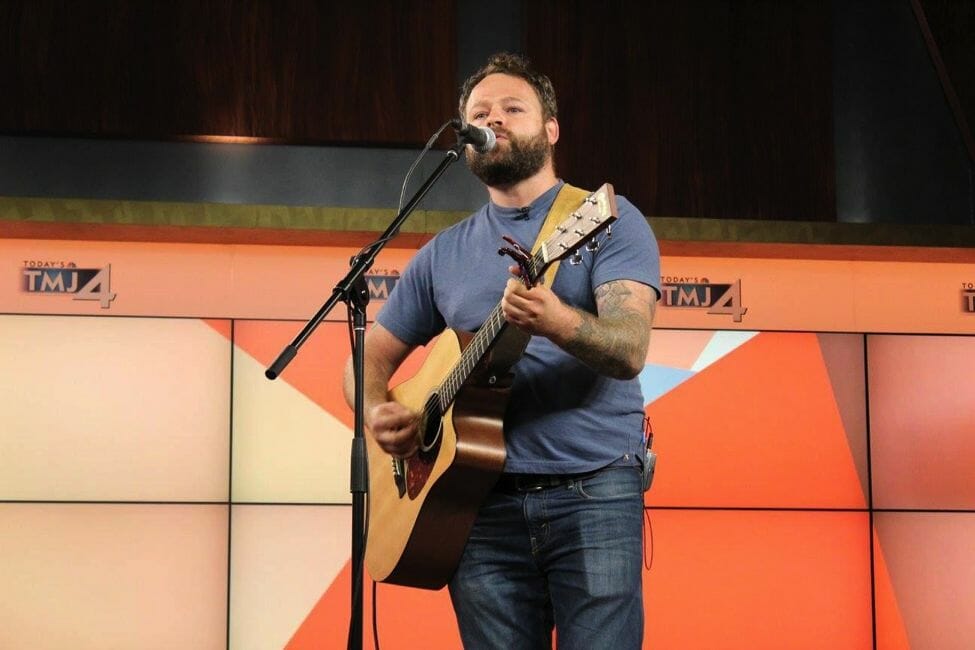 Listen to the Music

This article is also published on Medium. Used with author's permission.

To be honest, I’m not sure if I ever would have picked up my guitar again if it wasn’t for a fellow veteran. I came really close to just shelving it, letting my passion collect dust on my bookshelf of forgotten hobbies. Without that veteran’s help, it is possible that I might have let a huge part of my identity atrophy all because of circumstance, depression, and maladjustment. Thanks to my friend, however, I completely changed course. This past summer was the first time I played Summerfest, and I am writing new music again. I am also looking to record some new material for the first time since 2012.

Let me first back up for a second. There is some background and context you really need to comprehend how I got to where I am today. My transition from the military was multi-layered and multi-faceted. When I left the military, I was young, and inexperienced with anything outside the Army. At the same time, I was confident and unabashed. Only 20 years old when I got out, I had a plan, and I stuck to that plan: Go to college.

I was supposed to use my time in the Army to figure out what I wanted to do with the rest of my life, but I didn’t quite get around to that. Almost half of my three-year enlistment was spent at war. Nevertheless, having just spent over a year in Iraq, my return was thrilling and emotional, but also thoughtful and controlled. I held my daughter for the first time, saw my parents and close friends, and felt the comfort being back home. I also had a decent chunk of change from my deployment. I had fun, traveled and vacationed, but then got back to my “normal” life. With the money I saved, I was able to buy my first house while I was in college. In addition to receiving my GI Bill, I was able to get some grants to cover tuition. Overall, I thought I was all set.

I was wrong. Before I’d be “set,” I had several hardships I had to endure first, which made my transition a lot more difficult than I thought it was going to be. First, my daughter’s mother and I tried to work things out once I got back from Iraq, but it just did not happen. We both loved our daughter, and for that we gave it our best try. I was also slowly losing my connections with most of my brothers I had just spent the last few years with. I got out in August of 2005, and even though in today’s world staying connected is at our fingertips, it was not so easy back then. This was pre-Facebook, and I’m not even sure I had a cell phone yet.

The pressure of transitioning to school weighed heavily on me as well. I didn’t know anyone and had no family in the area. Not only that, my father passed away unexpectedly. That hit me the hardest. Before I left for the military, our relationship was good, but I was in that phase of growing up where I thought I didn’t need my parents’ help. Essentially, we never got that chance to reconnect, to have a beer, and talk as grown men, and that is my biggest regret. My dad was the first person I called when I found out I was going to be a father myself. I was scared that I had messed up my life by getting a woman pregnant. We weren’t married, and we were both so young. He helped me see that my perspective was all off. He set me straight about what an amazing thing it was to have a child, and for that, I’ll forever be grateful to him.

With all these hardships, I started seriously learning to play music. I originally started learning guitar back in high school, and I even took a few choir classes to learn how to sing. With basic training and a deployment to Iraq, however, I had to put all that on hold and had to start over once I got back. I really dove into music in general, and into songwriting in particular, to find my own voice.

I am naturally an introvert, and writing songs was a way for me to express myself in a way I couldn’t always do with words. At first, music and songwriting was just a hobby, though it would later develop into a passion. Looking back, what I really took for granted in this learning phase was the mindfulness of the activity of songwriting. You’re focused on one task; you have an idea in mind, and depending on what you are writing about, all the other stuff goes away while you’re occupied writing about that topic. Some days, I would practice music for six to eight hours a day. I think all the practicing and playing really helped me take my mind off the difficult things I had just been through, as well as process them at the same time. Music was my outlet, and my new mission. Even though I was going to school for business administration, in which I would later get my degree, I really feel that I graduated in music. 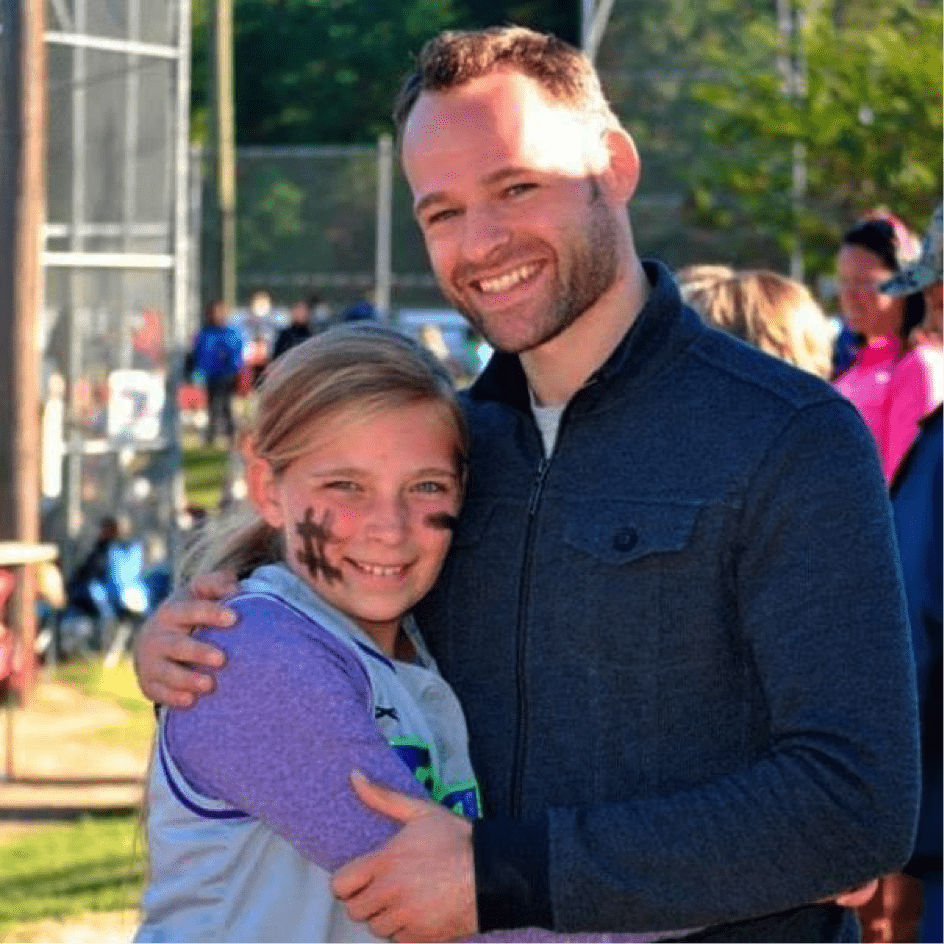 As helpful as playing music was, there were points in my transition when it just wasn’t enough. I had my first panic attack, which would later develop into an even more severe mental health episode, around December of 2007. I remember I wasn’t sleeping well prior to this, and I went to the VA hospital a day or two prior to the panic attack, but I didn’t get the help I needed that day. I won’t go into the details about the episode, but what I would like to say is if you are feeling off, or just know that something isn’t quite right, seek help. Don’t wait.

I wish I would have sought the help I needed back then. Instead, my life went into a spiral, and nothing could reach me. Not my family, not my friends, and not even my beloved music was enough to speak the truth to what I was experiencing. It would be like this for the next several years, spiraling between mania and coming back to normal. Oftentimes my manic episodes left plenty of damage in their wake.

One thing I’ve learned is that if you let mental health issues fester, they can get exponentially worse. In this regard, I do not think veterans’ military values are all that helpful when we transition back home. Loyalty, duty, respect, selfless sacrifice, honor, integrity, and personal courage. Suck it up. Carry on the mission. But there are some values that do help. We must look out for each other. Giving up isn’t in our DNA, and that’s what I would really like to dive into. Given new information, we are taught to adapt, overcome. And that is what really needs to happen with the general conversation with mental health; you’re not “giving up” by seeking help. It is ultimately my hope that because one in four Americans will experience a mental health disorder in their lifetime, more and more people will come forward and talk openly about what they are experiencing. Not only to break the stigma behind mental illness, but also to realize you — we — are not alone. 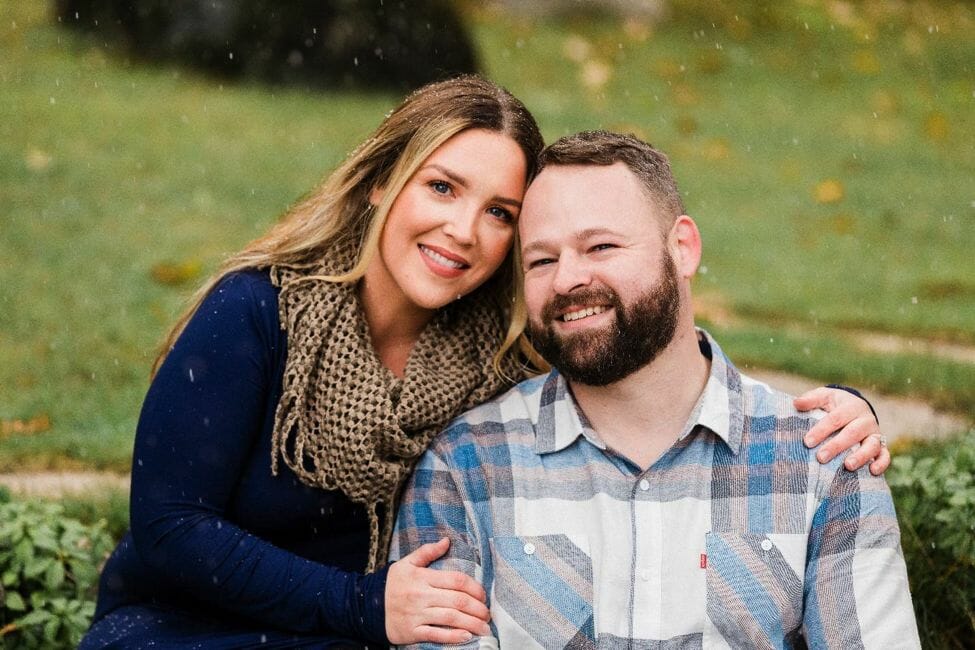 I have had several episodes since that first one, with the most recent being in 2014. It took me roughly seven years to accept the fact that something was wrong. At first, I hated the thought of taking medication for the rest of my life, and I was in denial for the longest time, thinking I could manage these symptoms I was facing all by myself. Nevertheless, it finally hit home for me that something wasn’t quite right, and that’s ok! I originally didn’t think anyone could understand what I was going through, so that’s when I really turned to music again to express how I was feeling. I eventually started opening up about the things that were so hard for me to talk about. And that’s the really cool thing about music — sometimes it’s ok to express yourself without saying anything.

I have now been playing, writing, and performing music for over 15 years. I also have an amazing and growing career helping veterans. I volunteer and run a chapter for a remarkable nonprofit, and I am engaged to be married next fall. Had you told me five years ago where I would be today, I would have laughed you out of the room, but that was when I was going through the worst of my problems. Without finding music again, I don’t know where I’d be. It has been paramount to my recovery, and it’s been vital to expressing myself freely. If I have learned anything about my experience it’s this: persevere. Some days it may seem impossible, but persevere. Recovery is possible. Life will be different, yes — but it is most certainly not over.

Jesse Frewerd is an Army combat veteran and Milwaukee native. He is passionate about veterans leading successful, fulfilling, and positive lives. He helps accomplish this through his writing and music, as well as volunteering within the community. Jesse’s music was featured on “If You Have to Ask: Warrior Songs, Vol. 1” and Milwaukee’s TMJ-4 The Morning Blend.